The ‘ V’ Pillow is a worldwide breakthrough in the shape of cubes introduced by V-Cube in 2008! The Original ‘V’ Pillow’s streamlined design stands out from the crowd through its unique shape and top performance.

The ‘V’ Pillow’s ergonomically-designed rounded lines follow the curve of the hand ensuring an excellent grip and better game.
The pillow version of V-CUBE, is protected by worldwide patents.
The Original ‘V’ Pillow is the innovation of Panagiotis Verdes whose vision of the 21st century cube included the new design.

The V-Cube ‘Pillow’: Shaping the world of cubing in the 21st century

Panagiotis Verdes, the creator of V-Cube, had a vision. He wanted to prove that a cube higher than five layers was not a ‘MISSION IMPOSSIBLE’.
However, at the time, it was seen that way. The idea of building a cube higher than five layers was considered wishful thinking. An experienced civil engineer and gifted inventor engaged in 3-D constructions for over 30 years, Panagiotis Verdes was determined to design a new core mechanism that would change the world of cubes. 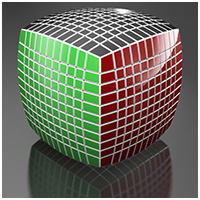 V-CUBE - The rounded corners cube’s look of the future!! 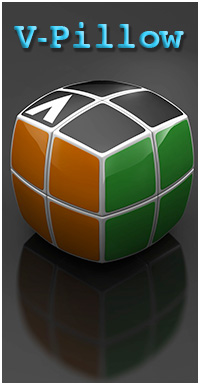 V-CUBE - The cube’s appearance with rounded corners
captured the look of the future!!

His breakthrough technology, based on the conical design of the rotating mechanism, led to a series of worldwide ‘firsts’ for the V-Cube brand: the potential for endless layers due to the design’s innovative flexibility, the unique ‘pillow’ shape, theme cubes and create your cube, a way for cube fans to express their interests and creativity.

V-Cube was introduced in 2008 under patented technology and produced in Europe to meet the highest standards of quality. Today, Verdes Innovations is the recipient of many distinctions including V-Cube’s award-winning packaging. 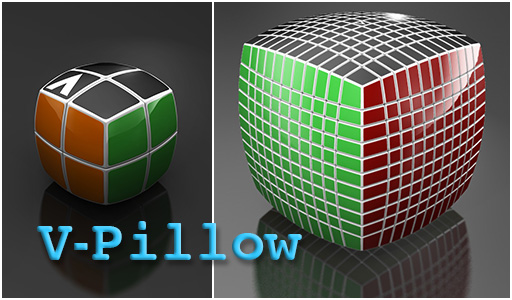 V-CUBE - The cube’s appearance with rounded corners
captured the look of the future!!

When V-Cube introduced the 7x7x7 as a worldwide first, it was described by users as ‘ the biggest, smoothest and most complex rotational puzzle game in the world!’ The cube also had a very distinctive appearance with rounded corners. The look of the future!! The inventor’s innovation included the new, streamlined shape, branded the ‘pillow,’ to enhance the aesthetics of the large 7-layer cube but, also, to provide easier handling and feel for the user. This unique shape also complements the mechanism inside. Following the huge success of the 7 layer ‘pillow,’ V-Cube decided to give V-Fans the aesthetic option of the pillow’ design in the full range of cubes except the V-5, which is firmly established as ‘Hard Rock’ and the best 5 layer the market.’

The V-Cube ’pillow’ changed the world of cubes with through revolutionary cube design, which ushered in the era of V-Cube, the 21st century cube. Like no other! 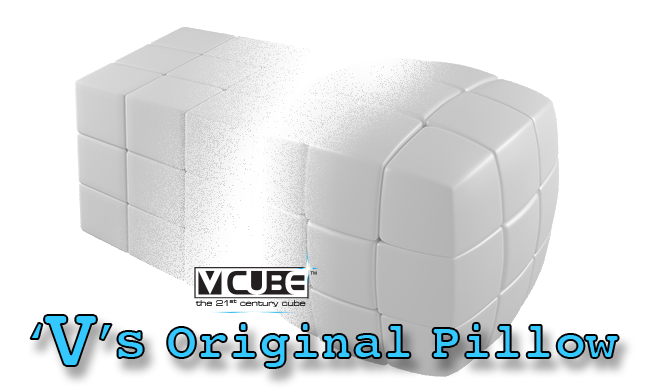