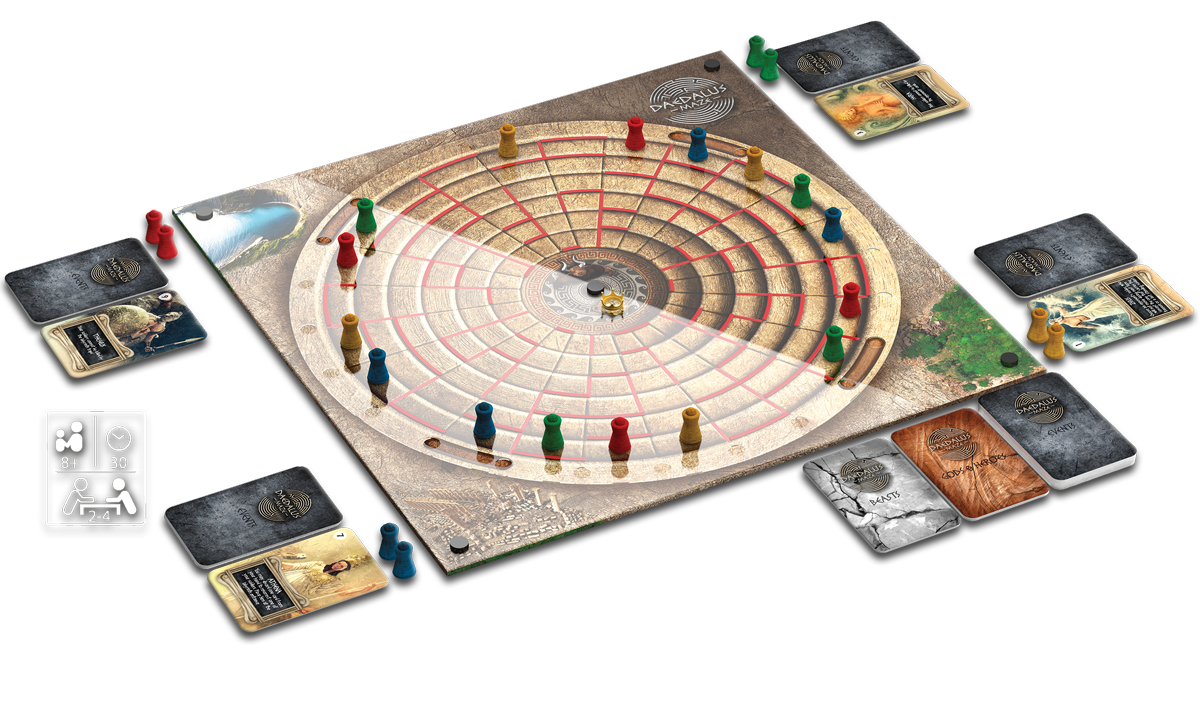 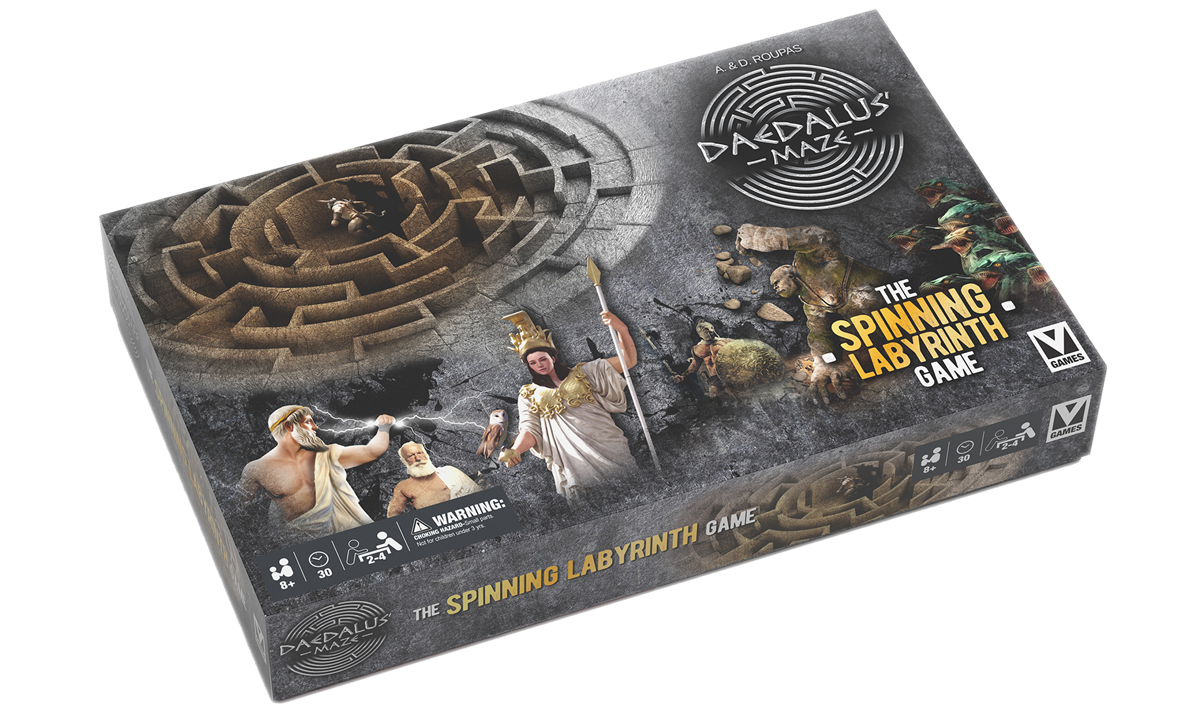 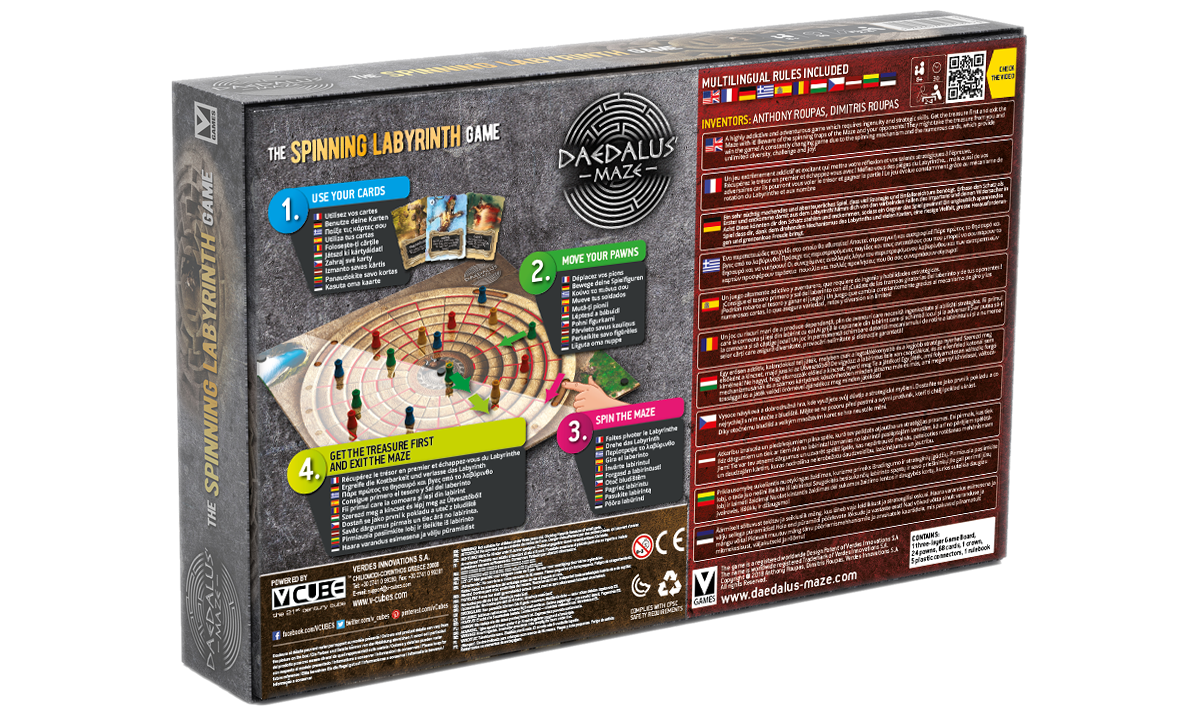 THE MYTH and THE GAME

Get the treasure first and exit the Maze with it!
A highly addictive and adventurous game which requires ingenuity and strategic skills.

Beware of the spinning traps of the Maze and your opponents! They might take the treasure from you and win the game!
A constantly changing game due to the spinning mechanism and the numerous cards, which provide unlimited diversity, challenge and joy! 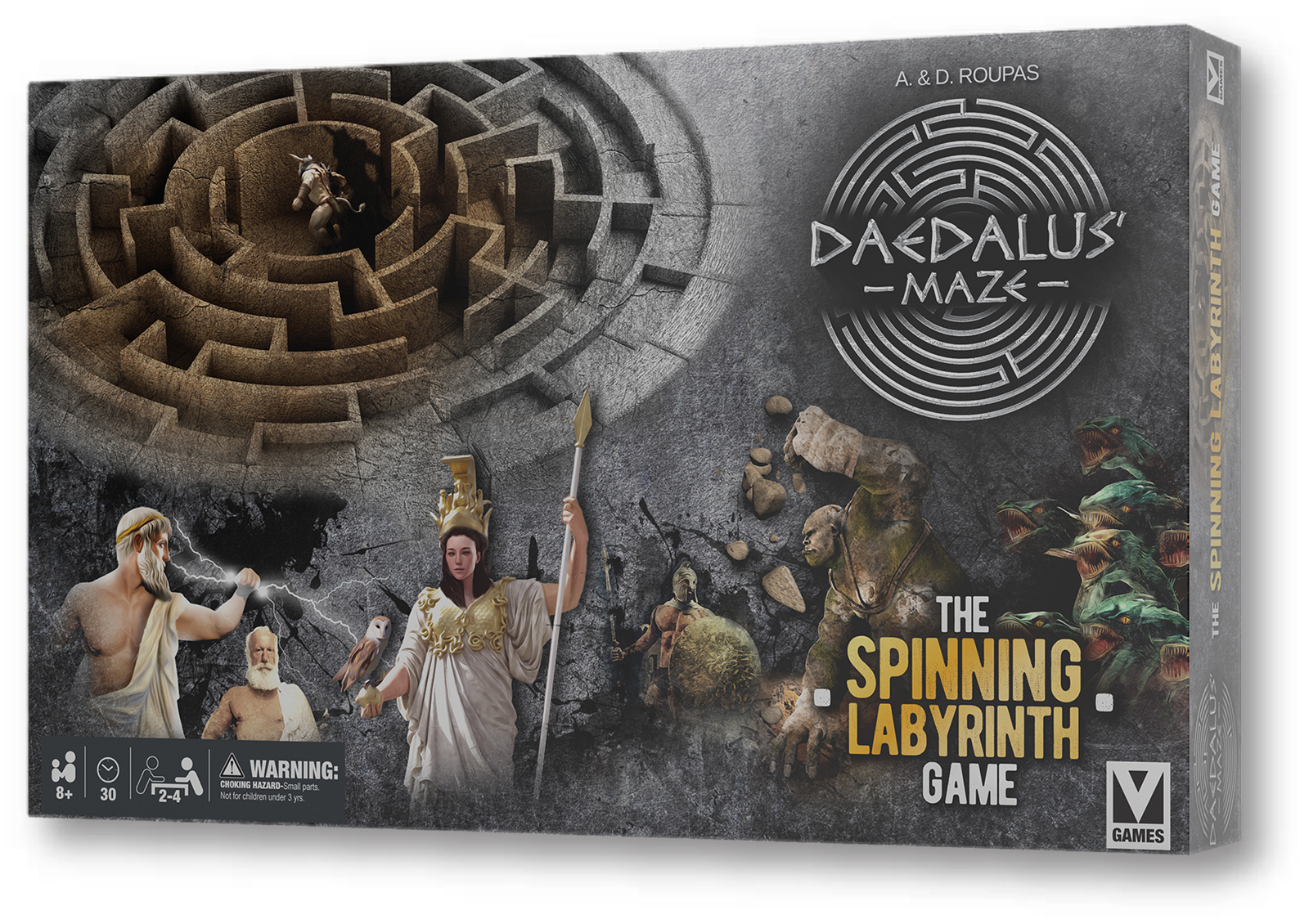 The Labyrinth of Knossos

Join us, as we embark on a journey through time, and visit the mysterious, mythological past of Ancient Greece!
The game is inspired by the Labyrinth of Knossos – the first maze ever- which was made for King Minos of Crete by the legendary artificer, Daedalus.

It is said that deep inside Daedalus’ Maze, a great treasure is buried. Many have tried to take it for their own purposes but no one has succeeded... 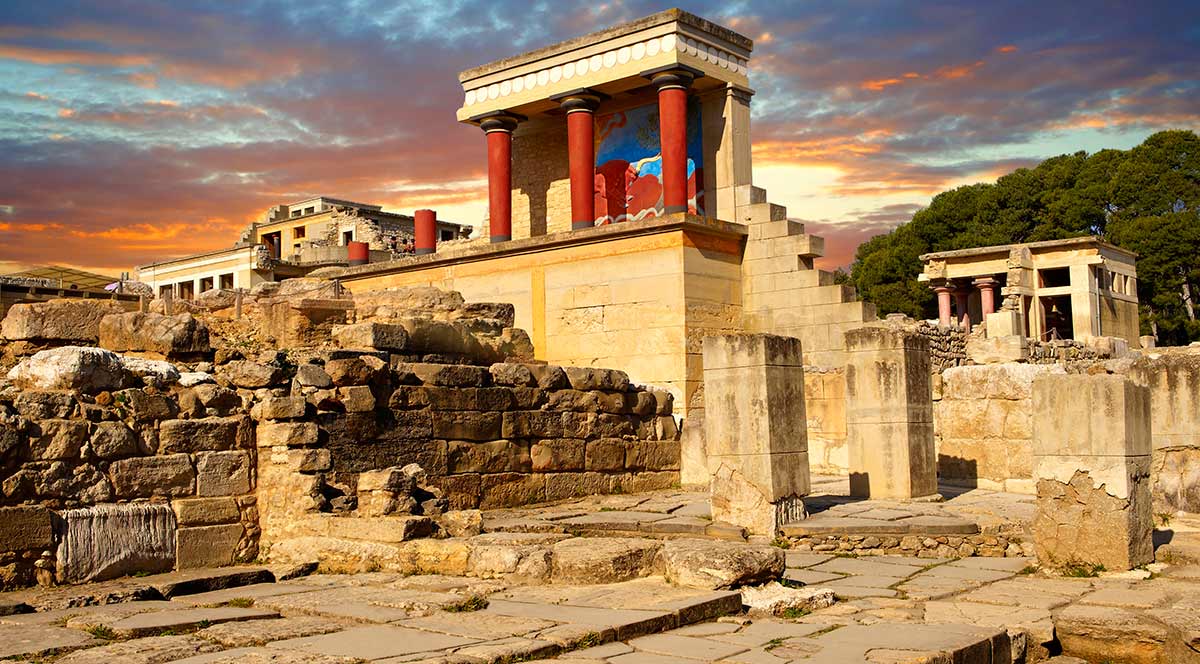 PLAYING THE GAME - Get the treasure first and exit the Maze with it!

Object of the game is to enter the Treasure Chamber before the other player(s), pick up the treasure and make it to the Exit Zone.

This is not as easy as it seems! The maze walls (red lines) are impossible to pass and as they are also rotating you can get trapped.
Can you face the secret dangers of the maze, beat your opponents and be the winner? 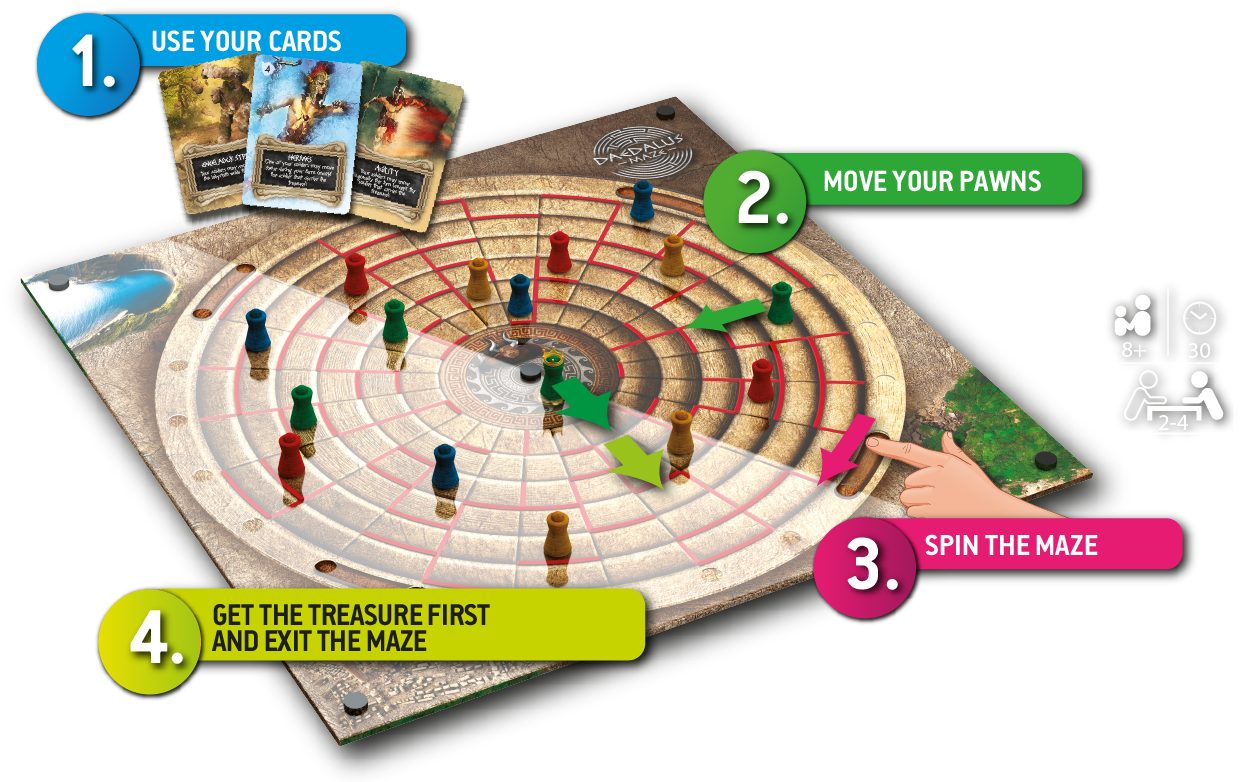 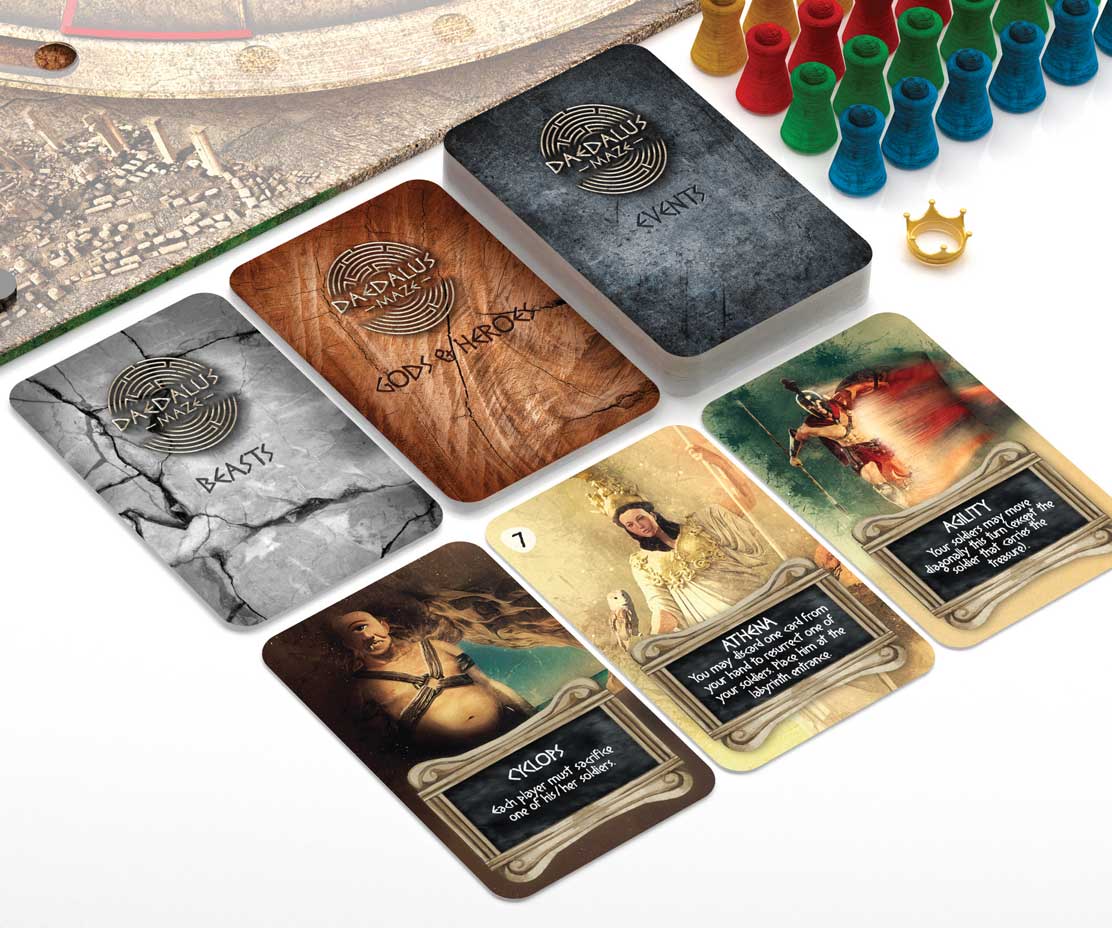 A set of 68 playing cards classified in 3 different categories.

The game contains three types of cards which, according to their text, can affect the game in various ways. They are identified by their back side as:
• Gods & Heroes - 12 Cards
• Events – 50 cards
• Beasts - 6 cards 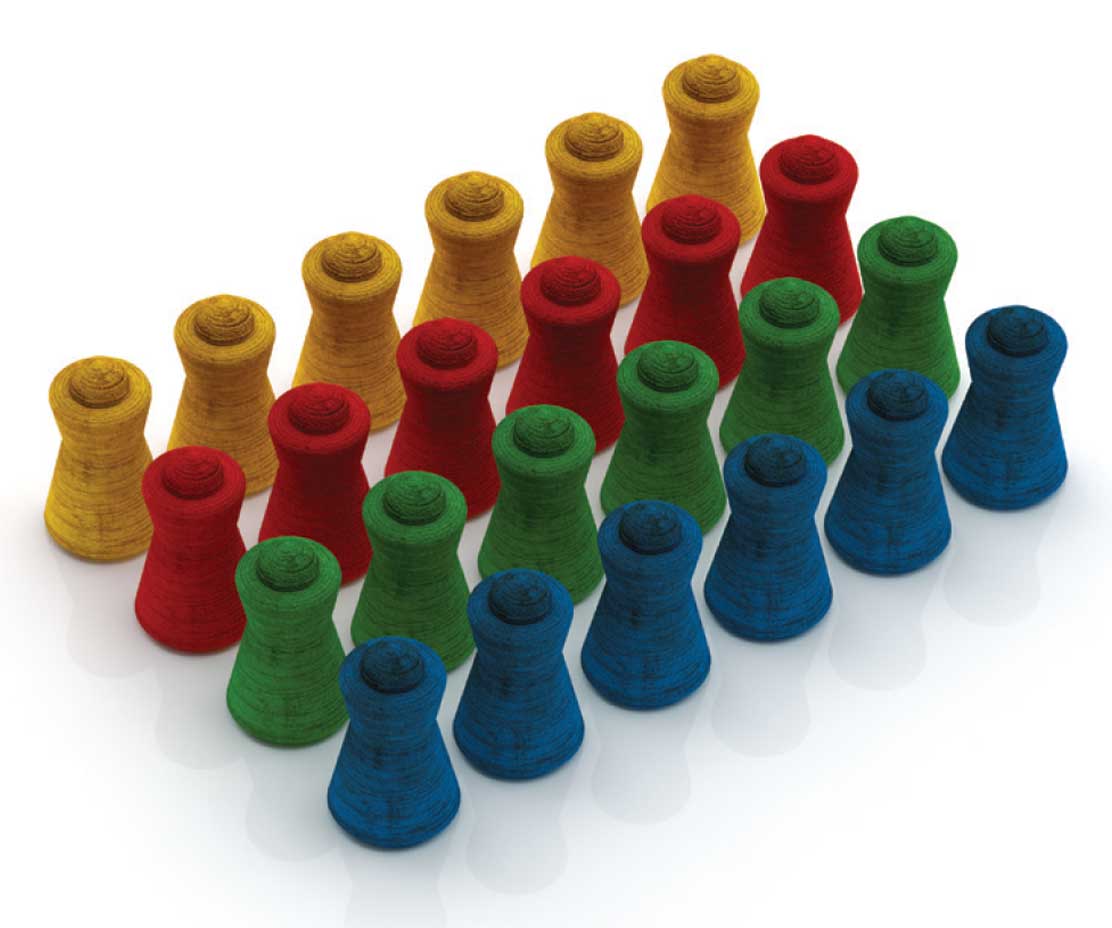 Set of game pawns for up to 4 players (24 soldiers in total).

The game contains 24 pawns (referred to as soldiers), classified in 4 different colors, and it can be played by 2 up to 4 players. Choose a color and pick up the six pawns (soldiers) of the same color. Four (4) of these pawns will be placed in the Maze and two of them will be kept in reserve. 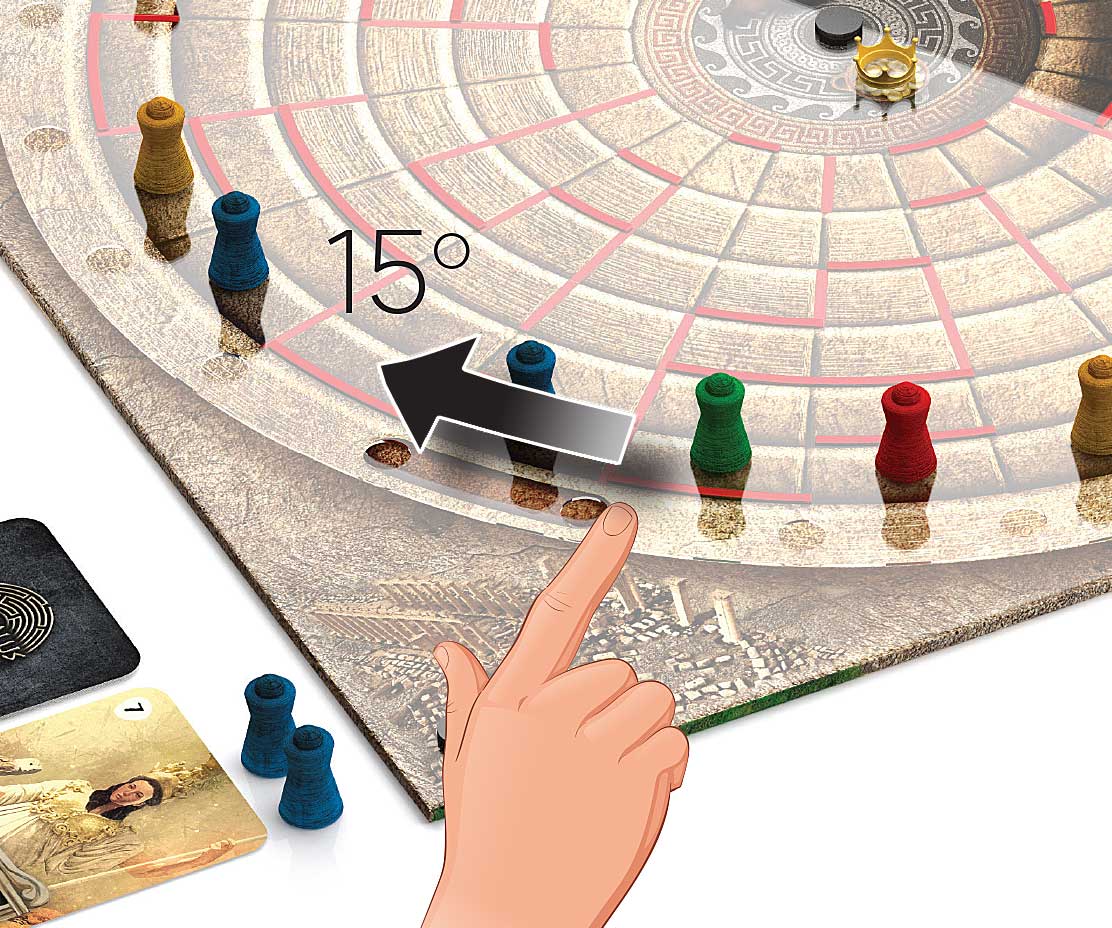 When all players have moved their soldiers (and before the first player’s turn starts again), it is time for the Maze’s Walls to be rotated one step clockwise (by 15o). 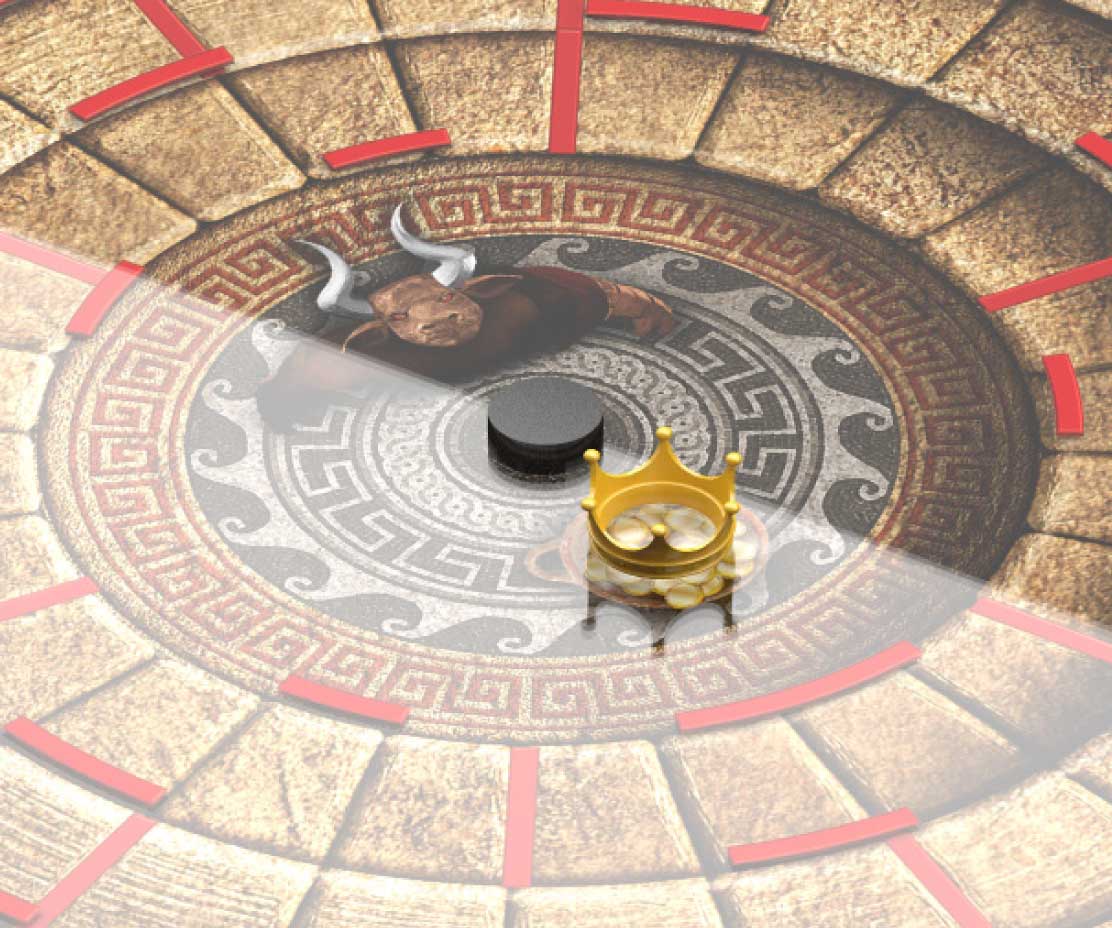 The player who manages to get hold of the treasure and makes it back to the Exit Zone with the treasure wins the game.

The player whose soldier reaches first the Treasure Chamber in the Center of the Maze picks up the Treasure and places the crown on top of the soldier.
This soldier must now find his way out to the Exit Zone while still carrying the Treasure intact. The other players try to kill that soldier, take the treasure and exit the Maze.